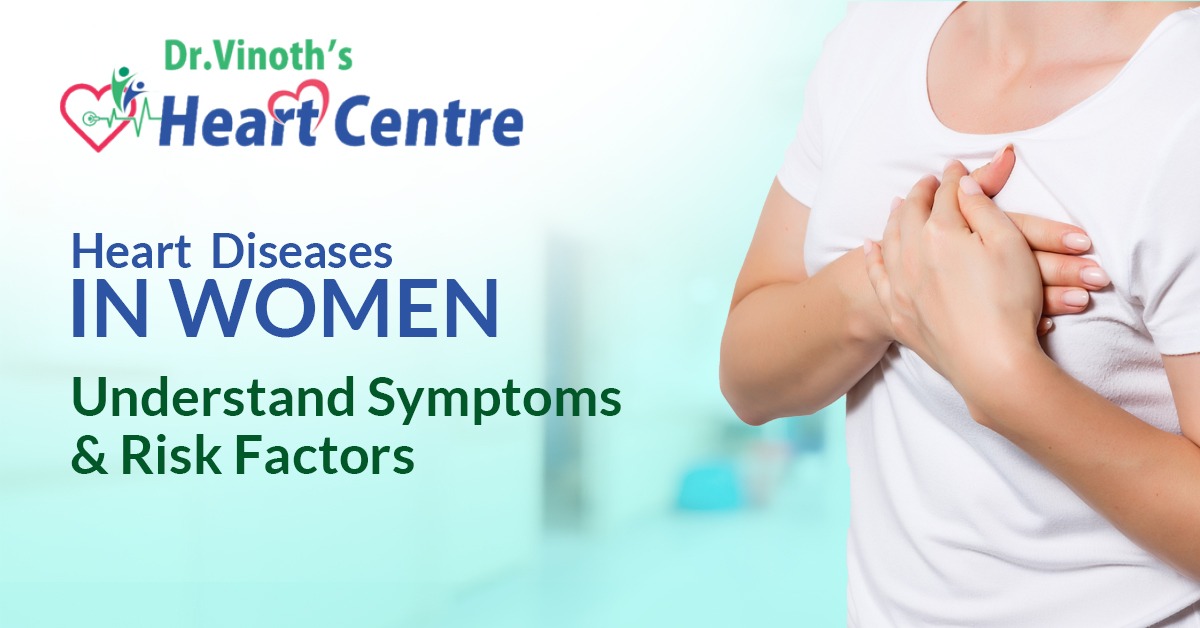 WHAT ARE THE REASONS FOR HEART ATTACK IN WOMEN AND HOW TO PREVENT THEM?

Usually, females are protected from heart attacks till they attain menopause but this may not be true when women develop diabetes, thyroid problem or there is the history of a heart attack in family members at a younger age. Women tend to receive less advice for the prevention and treatment of heart disease.

WHAT ARE THE SYMPTOMS OF HEART ATTACK IN WOMEN?

Chest pain is the most common symptom of heart attack. In females sometimes the pain may not be severe. Some of them may feel it as tightness or heaviness of the chest or burning sensation in the center of the chest. Many women think that heart attack will happen only when there is unbearable pain in the chest but this is not true. Majority of cases will have mild chest pain or some other symptoms as described below

2) Other different types of presentations of heart attack are

So the symptoms may be very vague and many a times it is ignored.

One more very common problem in women is chest pain due to blockages in the very small arteries of the heart rather than the main big arteries. Blockage of small arteries requires only medicines. Stenting and Bypass surgery cannot be done for the blockage of the small blood vessels.

Reasons for delay in reaching hospital after major heart attack are:

The benefits of treatment is maximum only when the patient reaches the hospital within 12 hrs. As the delay increases the damage will be severe. After 12hours of heart attack more than 90% of heart will be permanently damaged.

Special risk factors: Endometriosis, PCOD (Polycystic ovarian disease), Diabetes, and high BP during pregnancy. Heart attack rarely can happen during pregnancy due to the development of tear in the blood vessels of the heart.

OTHER HEART DISEASES THAT OCCUR ONLY IN WOMEN

Heart failure during and following pregnancy:

There are some heart diseases which are seen only in women. One very important condition among these is Peripartum cardiomyopathy, a condition which happens during the last few weeks of pregnancy or within few months after delivery. In this condition heart’s pumping comes down and patients will have breathing trouble. These patients must be followed up very closely by a cardiologist. Majority of them will recover well . Usually, patients with this condition are advised against the next pregnancy as the condition may happen again and may even cause death during the second time.

Women with normal BP tend to develop high BP after 5 months of pregnancy. The complications of high BP during pregnancy are dangerous and hence BP should be controlled very strictly.

SLE, Rheumatoid arthritis, and other autoimmune disorders are very common in women when compared to men. These patients tend to have more risk of heart attack and brain stroke.

To summarise, Cardiac diseases are undiagnosed or underdiagnosed in women due to various reasons. Hence it is very important to concentrate on the prevention of heart attack by controlling diabetes, High BP, and cholesterol. They should be motivated to do regular physical activity to reduce weight gain and lead a healthy life.