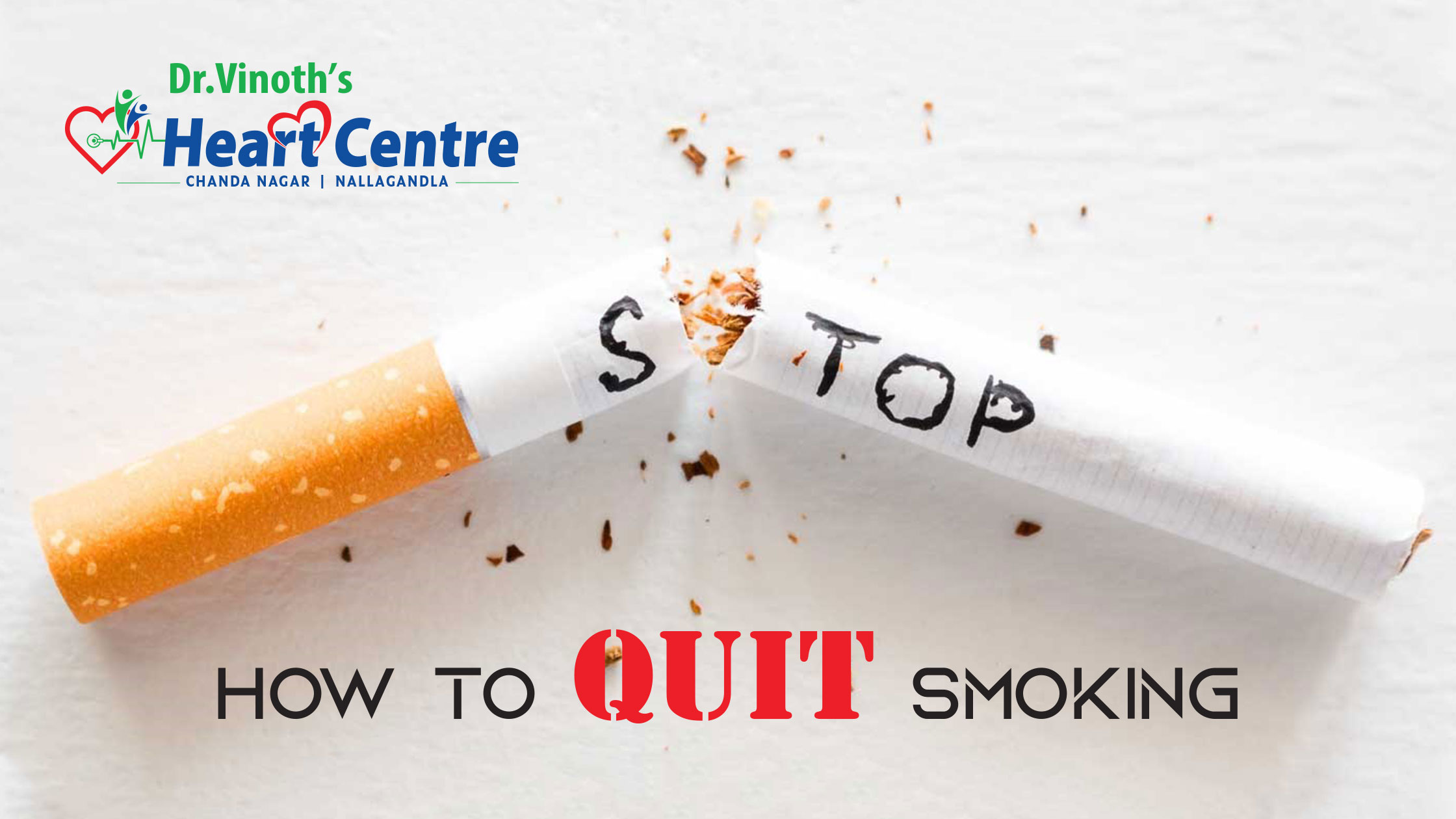 Most people who want to quit smoking need a few attempts before quitting. Initial failed attempts need not be taken as failure, instead should be considered a step towards successful quitting.

Smoking is not a choice. Most of the people who smoke will be in denial mode and call it as smoking for fun or time pass or stress buster. In reality, it is not so. Its an addiction. Only when we realise we are addicted, we will have the intention and will power to overcome that.

Craving for smoking may be intense and but if you resist that initial 10 mins, the urge will come down in next 5-10 mins. Every time you resist the urge to smoke during the initial few minutes, you are stepping ahead.

Any product sold in the market will be having at least one or two positive aspects mentioned over box covering it. Smoking is that much harmful for the body that it comes with the pictures of complications and side effects portrayed outside its box. It affects most organs of the body from head to toe and the blood vessels of the entire body. Some of the side effects of smoking are very serious and it may even cause sudden unexpected death following major heart attack or it may kill a person over time following a lung cancer.

So one should prepare his/her mind to quit smoking after analysing the adverse effects of smoking which might take one’s  life in an unexpected way leaving an unsupported family behind.

Once we are prepared to quit with a solid reason, we should take a resolution to quit within few weeks .We should start working towards the resolution.

When you take resolution, don’t just think about quitting. Fix a date and time. Once decided, there should not be a change in the plan. Every person has the will power but rarely they use it. Say to yourself that this is the chance to prove yourself about your will power and you are going to do it

Most successful people in the world would have got help during their journey towards success. So don’t hesitate to seek help Most people who took help, quit smoking permanently and hardly few fail. Hence reach out to your doctor for help

Avoid coffee, alcohol, sweets, fried snacks, friends, or parties whichever reminds you of smoking and stimulate you to smoke especially during the initial few months. keep our mouth and mind busy by eating something whenever you have urge to smoke by chewing something, playing, jogging or dancing  or take few deep breaths during that time. Join a gym or yoga class.

Some people use cinnamon sticks like a cigarette to hold in hand and inhale it. Do not burn it as it may be harmful. That smell can help to reduce sugar cravings which might increase following quitting tobacco. No major side effects are documented except the irritation of the mucosa of the nose due to deep and long inhalation.  But it helps some people during the initial days.

Once in every 60 min tell ourself that you are a non-smoker and it gives self confidence to you that you are no more a smoker and You are a successful person who quit smoking with your determination. This is a very important step.

Inform to you close friends and family members that you are quitting. Why is this important? During the initial days after quitting, you might be irritable due to the withdrawal effect .So if you tell them in advance, they will understand and support you.

Nicotine is the main substance which results in smoking addiction. when you suddenly stop smoking, the body which is not used to the sudden lack of nicotine will face some discomforts in the form of irritability, mood fluctuations, lack of concentration, sleep disturbances, tiredness, increased craving for sweets and food. All these symptoms are temporary. Don’t be afraid of them .Nicotine replacements are available to overcome these side effects.

But you might have a doubt as whether this nicotine replacement therapy will have the same harmful effects of cigarette smoking. The answer is a big NO. Only the addiction part is caused by nicotine. In addition to nicotine when a cigarette is smoked more than 5000 chemicals are released and of these at least 760 chemicals are directly linked to various cancers. By taking nicotine replacement therapy you will be able to overcome the addiction without having to experience the harmful effects of cigarette smoking

Nicotine replacements are available in different forms eg. chewing gums, tablets/lozenges/nasal sprays and transdermal patches. You can choose whichever is suitable for you.